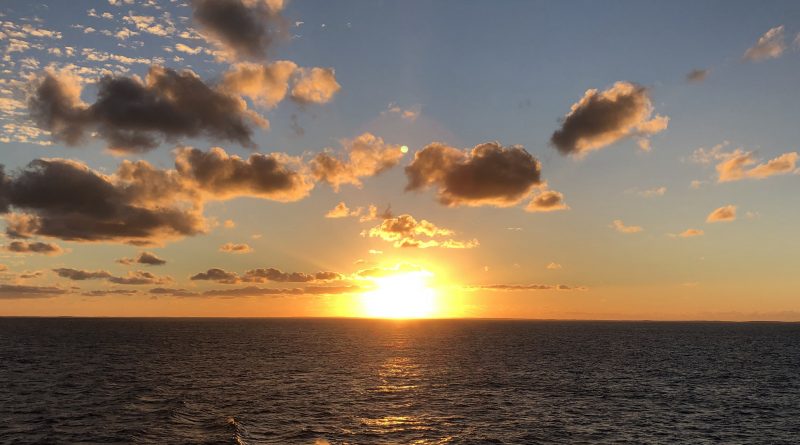 The Carnival Pride was really rocking on our last sea day as we high-tailed it from the Bahamas back to Baltimore. The trip down took two days, and the trip back was only going to take one. To make up for the lack of time, the ship was going much faster. As I was sleeping, I felt the ship rocking and moving much more than the previous days. Thinking about it, this cruise actually was one of the roughest ones I have ever been on. I’m not sure if it was just the winter weather or if it’s just common for cruises from the North East (both cruises I’ve taken from Baltimore were rougher while going up and down the coast).

Last All You Can Eat Breakfast For Awhile

While the last day of a cruise is usually spent relaxing outside, the weather was cooling down as the Pride made its way up the eastern seaboard. We headed to the Mermaid Grill to grab breakfast, my last day being able to gorge myself on waffles, muffins, and bacon. The buffet was packed, and finding a table was a bit of a challenge, but thankfully, there were no lines for food. I also tried out a breakfast burrito from Blue Iguana Cantina out on the pool deck. Few people know they serve breakfast, so there are much smaller lines there than for omelets in the main buffet.

The weather wasn’t awful outside, but we didn’t want to relax in mediocre weather. Instead, we tried the hot tub in the gym. It was pretty deserted at this point; it seemed like people gave up trying to be healthy by the early afternoon. It was nice to soak in the warm tub while having the sun pour in from the windows above. You could see families up on the deck trying some mini-golf. We didn’t get to try the course this time as it was a bit too windy every time we attempted it.

Leaving on a Fun Ship

Our group sat down at dinner for our last meal together. It was bittersweet as it meant the cruise was coming to an end. Again, we ordered way too much food and over-indulged for the last time. The best dessert option that night was Baked Alaska. The maitre d’ came over the loudspeaker and wished us all safe travels home. The waiters all stood around and sang “I’m Leaving on a Fun Ship” (to the tune of “Leaving on a Jetplane”). At that point, it hit home that this was the end, and literally brought one of the girls at our table to tears.

After dinner, we decided to get some cocktails at the Alchemy Bar. The Alchemy Bar is one of Carnival’s signature bars and is on all its ships now. Dressed in white lab coats, the bartenders created concoctions for everyone to try, what they call the Rx for the day. Most cocktails were martinis, but they had quite a variety. Alchemy Bar’s drinks were decently priced at around $11 a pop (similar to what you’d see in restaurants across the country).

Are you someone who likes to try a bunch? Be on the lookout for the “Martini Tasting” times listed in your Fun Times. During those hours, you can try four mini-cocktails for $20. It’s an excellent way to see what you like.

By far, my favorite was the Cucumber Sunrise. A refreshing mix of cucumber, watermelon, and vodka. It’s my go-to on any Carnival ship, and I’ve been known to whip up a few while at home and missing a cruise ship.

The Spicy Chipotle Pineapple Martini is also delicious. It had the sweetness of pineapple juice and simple syrup with the slight heat of chipotle and a hint of mint.

Preparing to Leave the Pride

After drinks, we headed back to the cabin to pack and get ready to leave. Carnival gave us two options for getting off the ship, Express Debarkation and Checked Luggage. The express option meant that you would take your bag with you the next morning when you left your cabin. For the checked luggage option, you simply put a tag on your bag and left it outside your cabin door by 11 pm. They’d then take it off the ship for you, and you’d pick it up at the cruise terminal. I always opt for express debarkation, so I don’t have to worry about putting it out the night before, but if you cannot haul your big suitcases up and downstairs, the checked luggage option is useful.

We awoke to see the chunks of ice floating in the inky black waters; the beautiful tropical seas were now just a memory. We grabbed our bags and headed out to the lounge area to wait until they called us.

Because the Carnival Pride sails from Baltimore, it arrives at the port later than the ships that leave out of Florida. Because of that delay, they ask that you’re out of your room by 9 am so they can clean them, but they don’t start debarking until 10:15. This process becomes an absolute mess. Everyone was trying to get breakfast at the Mermaid Grill, but with their large suitcases in hand. The dining venue that was already super crowded on regular days was jam-packed, so it was impossible to find space. We ended up grabbing breakfast and having to eat it at tables in the pool area while shivering.

After that, it was a lot of waiting around in public areas for them to call our floor. The lines wound around the halls and corridors; stairwells were full of people sitting waiting for their turn to leave. Patience was wearing thin, and people felt cold, hungry, and sober for the first time in 7 days. It was not the best way to end a relaxing vacation.

Summing Up the 7-Day Winter Cruise to the Bahamas

Overall, it was a fantastic cruise with a great group of people. I think it’s safe to say we all had a blast that we’ll remember forever. In retrospect, I don’t think I’d do a winter cruise from the North East again. I felt like we lost 2-3 days of our vacation trapped inside because of the cold weather. Instead, I’d opt to fly down and leave out of warmer ports like Miami, Orlando, or Galveston.

The Pride itself was a solid ship. The ship felt roomy and uncrowded, but it was missing many of the bells and whistles of newer ships like ropes courses, extra dining venues, etc. If you’ve never cruised before or don’t need the latest and greatest on your ship, the Pride is a decent option that’s worth considering.

Learn more about the Carnival Pride 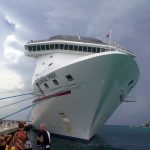 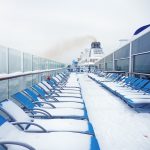