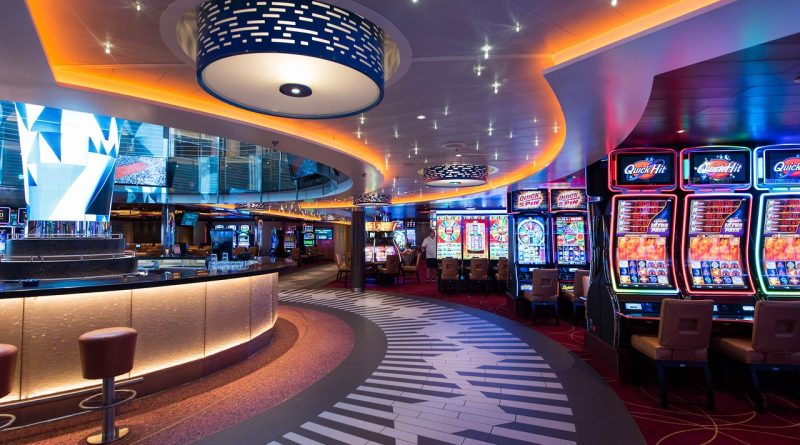 In a video today, Carnival brand ambassador John Heald said that the Casino bars on the Vista and the Horizon have been removed. Instead, they’ve put more slot machines where the bar used to be (no word on whether the Dreamscape remains, but I highly doubt they’d scrap that). It’s another example of how Carnival has used the shutdown to do work behind the scenes and improve the cruise experience. There’s been no official press release or news regarding this change, so we wonder what other small changes have been made on board over the past year.

The Vista and the Horizon both used to have sizeable round bars under an LED “Dreamscape” funnel. The Vista’s dark ceiling made it feel a little claustrophobic, but they brightened it a bit on the Horizon for an airy feeling. The bars have both undergone some changes already to reduce smoke, but this takes it one step further.

When it first launched, the Vista’s Casino Bar had an opening over the Dreamscape funnel. As a result, smoke would come up from the casino bar and flood Deck 5 with smoke, impacting venues like Bonsai Sushi and Fahrenheit 555. So when they designed the Horizon, they enclosed this atrium area in glass to keep the smoke in and later added this to the Vista. In addition, the Vista Casino Bar had seating all the way around the bar; the Horizon reduced the stools by half, so people could walk and grab a drink, but not set up camp and smoke for hours.

Wait staff will still circle around the casino and offer drink service to players. It’s not yet decided where the drinks will be served from, but Heald speculated it’s the nearby SKYBOX sports bar which is usually pretty empty unless it’s a sporting event.

The casino will be split into 2 halves down the walkway in the middle, one being smoking and one non-smoking. Workers will be enforcing that you shouldn’t be smoking in the casino if you are not actively playing. This rule has been longstanding but rarely enforced.

It’s a nice step that will hopefully alleviate some of the smokiness you experience in the casino. On the Vista and Horizon, you have to walk right through the center of the casino to get to the Limelight Lounge (for Punchliner Comedy Club Shows), Club 02, and the upper level of the Meridian Restaurant / Dining Room. At night, that meant you could get smoky even while not playing any games. On my cruise on the Horizon (see the cruise blog here), the smokiness was no way as bad as other ships I had been on, but in the evenings, it was bad enough that it would stop by from gambling at all.

There are a few downsides to this change. For smokers, you are now limited to outdoor areas only. These are located on the starboard side of Deck 5 and Deck 11. Also, the Casino Bar was really the only walk-up bar in the downstairs levels. It made it easy to grab a drink without going into a restaurant or bar. It wasn’t overly crowded either, so I usually used it to grab a soda or beer on the way to an event. I don’t understand why Carnival doesn’t have more “to go” type setups. It’s so annoying to fight to get to a bar because a bunch of people are sitting on the stools. We’ll see if this change gets rolled out to other ships in the future. 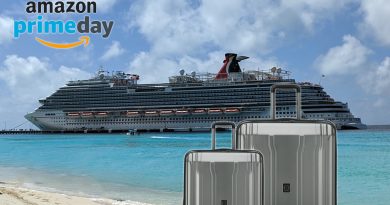 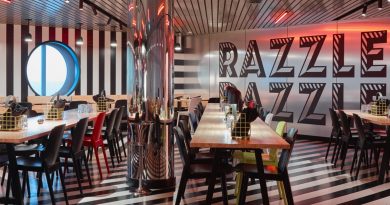 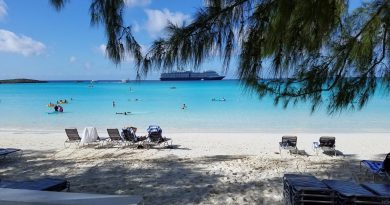