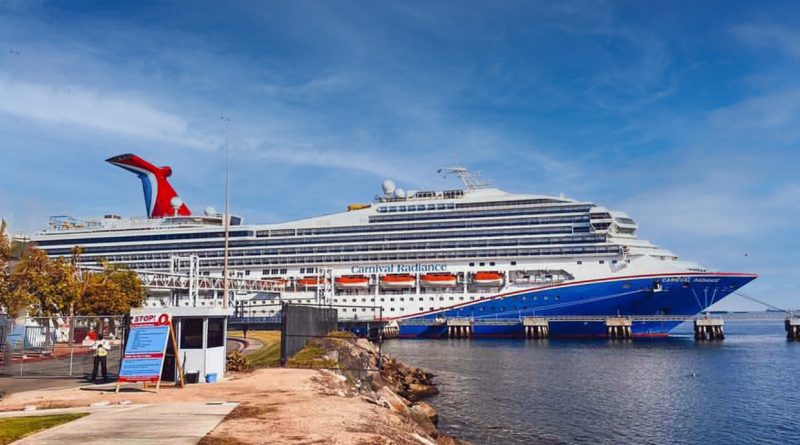 It’s a bit of a misleading statement to call the Carnival Radiance the line’s newest ship. Technically it is accurate; the Carnival Radiance will launch for the first time on December 13, 2021, so it’s newer than the Carnival Mardi Gras, which launched in July. In reality, though, the ship itself isn’t “new” per se. The Carnival Radiance is actually an older ship, the Carnival Victory, after a $200 million upgrade. The original ship only cost $410 million to build ($650 million in today’s dollars), so that’s a tremendous amount of money to invest.

The Carnival Radiance isn’t the first ship to undergo this transformation. Back in 2013, Carnival decided to do a significant overhaul to the Carnival Destiny, the Victory/Radiance’s sister ship. They tore out floors, added new venues, and completely overhauled it from top to bottom. Carnival invested $155 million in the upgrade and felt the transition was so significant that it warranted a whole new name. They did the same thing in 2019 when they transformed the Carnival Triumph into the Carnival Sunshine. The Victory/Radiance will be the last ship in the class to go through the transformation. However, Carnival announced it would be bringing a similar ship, the Costa Magica, into the fleet, which will undergo similar changes in the near future.

The major changes from Victory to Radiance

First off, the whole ship gets a new face-lift and cosmetic upgrade. Bedding, couches, seating areas, furniture, carpet; it’s all brand new. The ship also loses some of that over-the-top, avant-garde decor that Carnival was known for back in the ’90s and early 2000s. Instead, the Radiance will now sport a new look with more subtle refinement found on their newer ships. It also supports the new blue livery/hull design that originated on the Mardi Gras.

The Radiance Loses a Theater and Gains a Liquid Lounge

As part of the transformation, Carnival removed the traditional 3-story theater found on the original Victory. Carnival transformed the top story into additional staterooms and the remaining floors became the Liquid Lounge.

The Liquid Lounge is Carnival’s multi-purpose venue that allows flexible seating options for shows, bingo, events, etc. Unfortunately, the Liquid Lounge concept has never worked well on Carnival ships and usually ends up with poor sightlines and a loss of a beautiful theater experience. Carnival’s newest ships, the Mardi Gras and Celebration, forgo the Liquid Lounge altogether, so it’s odd to see Carnival add it to this ship again, but that could be the only way that could jam more staterooms in.

The Radiance has many new outside features to enjoy. On the Victory, the area behind Carnival’s signature red funnel was completely wasted space. It had a jogging track and a spattering of sun chairs that were almost always empty. With the renovation, they made use of this underutilized space and transformed it into an action-packed area. Carnival added a brand-new 230′ ropes course and Sports Square with pool tables, Twister, and corn hole. This space is great if you want to enjoy some games outside in the fresh air. It’s perfect for the young or young at heart. You’ll also find a new 9-hole mini-golf course, a half-basketball court, and a padded jogging track.

In the transformation from the Carnival Victory to the Carnival Radiance, they added 110 new staterooms, which means the ship now can hold 15% more people. Not only did the 3rd floor of the old theater get turned into cabins, but they also removed an additional lounge/bar at the back of Deck 5 and changed it into more cabins. That means there are more cabins and less public space, unfortunately.

The transformation from Victory into Radiance sees the addition of Carnival’s Cloud 9 Spa and staterooms. Besides the traditional massages and treatments, the Cloud 9 Spa has a thermal suite with heated loungers and various steam rooms. (unlike some of Carnival’s bigger ships, this Cloud 9 spa does not have a thalassotherapy pool). While the fitness center is free, the Spa portion of the facility is only open to those with a spa pass which passengers can purchase for a day or the whole cruise.

The Cloud 9 Spa Staterooms are conveniently located right by the spa. They sport a pastel blue/teal color scheme and feature upgraded toiletries and amenities. In addition, guests staying in these cabins enjoy complimentary access to the thermal suites and rooms and 10 – 40% off any treatments booked.

The Radiance sees the addition of Guy’s Pig and Anchor Bar-B-Que Smokehouse, an option already found on many other Carnival ships. The restaurant was designed with celebrity chef Guy Fieri and offers a variety of BBQ meats, sides, and Guy’s signature sauces. Located outside on the rear of deck 10, it’s a fast-casual/grab-and-go venue. It’s open for lunch on sea days. It should not be confused with the sit-down restaurant, Guy’s Pig and Anchor Smokehouse / Brewhouse, which is on the Horizon, Panorama, and Mardi Gras.

When the Mardi Gras debuted in July, it saw the introduction of Carnival’s newest casual dining venue, Shaq’s Big Chicken. Guests could stop by for delicious fried chicken with a selection of sauces. They even had a chicken and biscuit for breakfast. People have been raving about it, so it’s exciting to see it coming to another Carnival ship. Even better, it’s yet another included dining option, so no extra cost.

Carnival has a long tradition of honoring men and women in the service. The CEO’s father and uncles were all in the military, and her son is joining the Army as a JAG officer. Military support is a cause that’s close to her heart. So to honor them even further, they created the Heroes Tribute Bar when they introduced the Carnival Panorama. It’s a relaxed venue that doubles as a sports bar, with drink options where $1 from signature drinks purchased there goes towards Operation Homefront.

The popular Italian eatery, Cucina Del Capitano, has also been added to the Radiance. They took the often under-utilized second floor of the Lido buffet and transformed it into this venue. Stop by for lunch and try the Captain’s Pasta Bar for free, or try it for dinner for an additional fee of $15 per person.

The ship also sees the addition of the Red Frog Pub, a popular Caribbean-themed bar. It should not be confused with the Red Frog Rum Bar, a stand-alone bar on the Lido Deck, and the Red Frog Tiki Bar, located on the Mardi Gras and Celebration (Carnival apparently loves the “Red Frog” name). It’s a large indoor bar that’s always hopping with live music and events. You’ll find some corn hole, foosball, and ring and hook toss. The Red Frog Pub on the Radiance is one of the biggest ones in the fleet and is always hopping at night.

Return of Many Carnival Favorites

Thankfully, besides the loss of the traditional theater and one lounge, the Carnival Radiance didn’t lose too much. You’ll still find Carnival favorites like Alchemy Bar, Red Frog Rum Bar, Guy’s Burgers, and Blue Iguana Cantina. In some cases, the old spaces were rebranded to the new Carnival staples. For example, Pizza Pirate has been renamed Pizzeria del Capitano and the steakhouse transformed into Fahrenheit 555 Steakhouse.

For years, the California home ports have seen relatively small and old ships. Now, the California port of Long Beach has two of Carnival’s newest ships, the Panorama and the Radiance. So that’s two great options to have close by.