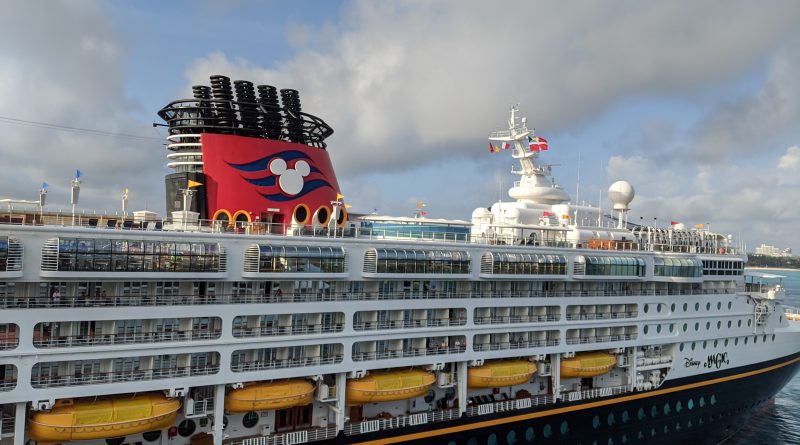 So you’re looking to go on a cruise. Maybe a friend or coworker just went on one and raved about it. Maybe a family member is trying to arrange a family vacation on one. Maybe you saw some splashy ad on TV and were wondering what all the fuss is about. Either way, if you’ve never cruised before, there are lot of unknowns out there.

Here are the top 4 misconceptions about taking a cruise:

A common misconception is that cruises are like all-inclusive resorts but at sea. In most cases, that’s not true. Cruises typically offer very attractive fares knowing they’ll make more money once you’re on board whether it’s in the casino, at the bar, on excursion or in the spa.

It varies a lot by cruise line but typically the following items are covered by your cruise fare:

And these are the add on’s you might see.

These extra costs vary a lot by cruise line, so make sure you read up. Some cruise lines have many more upsells than other lines so make sure you take that into account when pricing our cruises. Also, cruise lines may offer packages at a discount or for free when booking (ie. Norwegian is almost always offering their “Drinks on Us”) package but be sure you look at that value of it to make sure it’s worth it. Your cruise might be $600 more than a similar one on Royal Caribbean so that “free” drink package might not be worth it (our Drink Package Calculator can help you evaluate that).

There are many different cruise lines each that cater to a specific segment. Some cruise lines are really family friendly like Disney, Carnival and Royal Caribbean. Others may be much more geared towards older adults like Holland America and Princess Cruises. The new Virgin Cruises (which doesn’t allow anyone under 18) is oriented towards younger adults without kids. There are a lot of options out there.

What makes it tricky is that even in the same cruise line, it can differ. The size/age of the ship, the time of year, the port you leave from and the destinations you go to will all affect the cruise atmosphere. Basically the cruise atmosphere is determined by the people on the boat.

Shorter and cheaper cruises typically tend to have more party like atmospheres. You’ll see much more partying on a 3 to 5 day sailing than you would on a 7 to 10 day. These cruises often tend to skew younger as well.

The time of year can also affect it. During the school year, there’s much fewer kids on board most ships while during the summer months, most cruise lines will be swarmed with kids. Usually the kids clubs on the family friendly ships manage to keep the crowds of children under control, but if you want a quieter cruise, try March or early May.

The port you leave from will also affect the atmosphere of the ship. People like to be able to drive to ports if possible, so expect a lot of locals on the ship. For example, if you’re leaving out of Galveston, expect to see some cowboy hats and boots.

3) I’ll feel claustrophobic on a ship

I hear from a lot of people that they’re afraid they’ll feel claustrophobic or trapped on a ship. While that may be true for some people, they may not realize how truly big some ships may be. The Oasis Class ships, by Royal Caribbean, are the largest passenger cruise ships in the world. They’re 4 footballs long, as high as a 24 story building and as wide as 4 tractor trailer trucks. They’re big and have lots to two; climbing walls, casinos, flowriders, pools, a merry-go-round, waterslides, two theaters and more. There’s a good chance you won’t feel trapped on a ship because they’re just so much to do.

Then there’s the people who think they will feel overwhelmed by the number of people on a ship. Some of the biggest ships can hold 4,000 to 5,000 people but they are engineered to space people out so they don’t feel jam packed. In fact, on my last cruise on the Carnival Horizon (their biggest ship at the time), there were times I could be somewhere and there was no one else around.

If you don’t like crowds, you can always try a smaller ship that holds 1,500 to 3,000 people. If you are going on a bigger ship, maybe it’s a family gathering, there’s still plenty of ways to get away from crowds. Avoid the pools, buffets and theater productions which can get a little crowded. Most ships have little areas that are peaceful and few people know about, so seek those out and you’ll be fine.

Every once in awhile, you’ll read an article about something on a cruise ship; maybe a passenger overboard, maybe a virus went around a ship or someone went missing. These change people’s perceptions and they say they’re afraid to cruise. It’s important to remember that it’s not that common. Over 28.5 million people cruised in 2018 (according to Cruise Lines International Association)  and of those, how many “horror” stories have you read about or seen on TV. If you heard about every fatal car crash that ever happened, you might be afraid to drive too.

If nothing else makes you feel safe, just remember that cruise lines operate to make a profit. They need you to feel safe and keep coming back so they try to make it as safe as possible.

Give cruising a shot

Hopefully we’ve cleared some of your misconceptions about cruising. While cruising may not be for everyone, give yourself the best chance but doing research and finding the best cruise line, ship and ports that are right for your own tastes. And it’s important to go in with an open mind. When I went on my first cruise, I was not excited at all and even dreaded it a bit, but it hooked me and now I love the opportunity to get out on the ocean again. 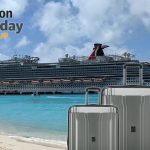